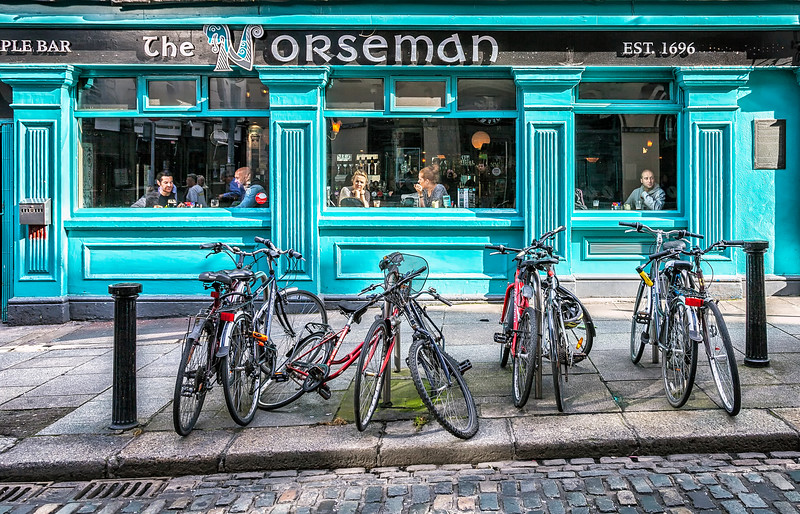 Sometimes it's not always easy to pick the best time to travel and so was the case heading over to Ireland in the middle of winter. But despite the winds and cold weather, Ireland is always a great place to be. We spent some time in Dublin doing a photo walk and later grabbed a train to head out to County Claire and up to Galway.

There are a ton of these quaint restaurants, pubs and boutiques in the Temple Bar District of Dublin. It's kind of got that Haight-Ashbury, San Francisco vibe going on. Just ask someone older ... they'll fill you in. But it's wonderfully quirky and always packed with locals checking out the musicians and designers. And if that doesn't do it for you, Dublin is home to Guinness Beer and Jameson Irish Whiskey.

Here's an interesting fact ... It's believed that Irish Monks brought the technique of distilling perfumes back to Ireland from their travels sometime around 700 A.D. It was then the Irish "accidentally" modified this method of distillation to achieve a drinkable spirit. So, that triple distilled Irish Whiskey that you're drinking was actually once perfume that someone was brave enough to try. * Disclaimer -- Unless you're Irish and a chemist, don't attempt drinking perfume.