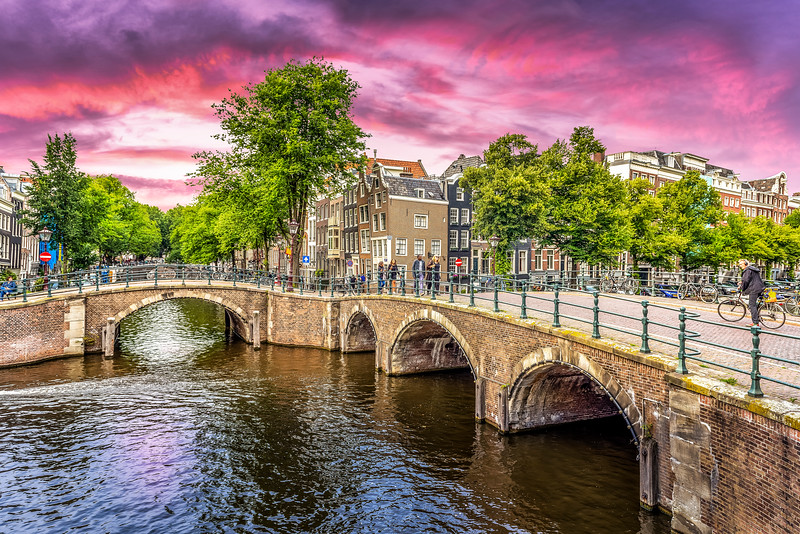 Two planes and twelve hours of flight time and we finally touched down in Amsterdam. Hauled my suitcase and gear onto the train during rush hour and headed off to Centraal Station. Finally dropping off my luggage at the hotel, I headed out, gear in hand to catch the lighted bridges by the Square.

Still full of energy from downing 3 or 4 cups of that wonderful airline coffee, I hopped a tram and 30 minutes later I've got my tripod and camera set up for this anticipated night shot. Checked my watch ... 7:30 pm and it still looks pretty bright out. With the sun overhead, I realized that I may have been a bit premature in my arrival. Two cups of coffee and several hours later, the sun had moved lower in the sky. I took this shot around 9:30 as the sky turned a beautiful shade of pink. The lights did finally come on around 10:30 pm and I was able to get my night images.

I still had enough energy to stop at a small pub and share a beer with a few of the locals.